Vote in Favor of the SCIG

The Port of Los Angeles voted in favor of building a $500 million rail yard called the Southern California International Gateway (SCIG). The vote was effectuated with the Board of Harbor Commissions.

Praisers of the project feel it would be a positive move for the environment by being an extremely clean railway.

The project does have its critics; particularly in the community in which it is to be built.

The project is felt to be competitive because of its expanding near-dock rail service.

The inclusion of required low emission standards in its construction would ensure, its supporters say, that it is less dangerous to the environment than it could be and than other competitive railways.

They go on to say it would help the economy by creating jobs, improving the standard of living and making inroads on the tax base of the area, creating a more sound economic metropolis.

Community and health groups voiced their vehement opposition to the project in a 7 hour long meeting.

Their complaint was that the emissions requirements are not strong enough. Plans have been designed to run the railway close to homes, schools, churches, and nursery 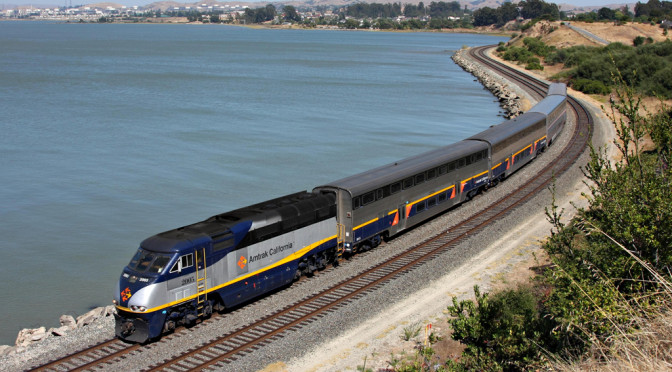 schools, endangering the lives of adults and children.

The project proposes to operate a rail running through residential areas and operate it 24 hours per day, seven days per week.

Over two million containers would be transported every day carried by at least 8,200 truck trips.

Opposers state that emissions exhaust from the rail would be toxic and that the final Environmental Impact Report was faulty.

The report along with other reports appeared to disregard the claim that the exhaust is a pollutant and affects human functioning as well as functioning in children.

There is some discussion over the repackaging of international goods into domestic containers. SCIG is designated solely for international distributorship.This process is known as  loading. Forecasts are that this practice will increase.

Unlike the Tra Pac Project, there is no park to be built to protect the area.