The traffic circle created at 10th and I Streets is causing confusion as opposed to inspiring creative and new driving behaviors for drivers. Two new bicycle boulevards meet there. The secret is that cars can drive straight through the circle as opposed to driving around it and possibly running into pedestrian lanes or bicycle lanes. There is a true traffic circle at 14tth and I Streets and again at 13th and J Streets at which drivers are expected to go around the circles.

The point behind the traffic circles was to encourage people to think before they proceed at traffic signals. Additionally traffic engineers wanted to encourage drivers to slow down.

There is a movement underway to provide traffic patterns for all types of vehivles, particularly bicycles. Out of this concept came the idea of Bicycle Boulevards. Several types of land modifications are necessary to achieve these changes.

Out of this grant, only the Bicycle Boulevards have yet to be constructed.

Goals of the I and 10th Street project include providing for all types of transportation such as pedestrian, bicycle, automobile and other. 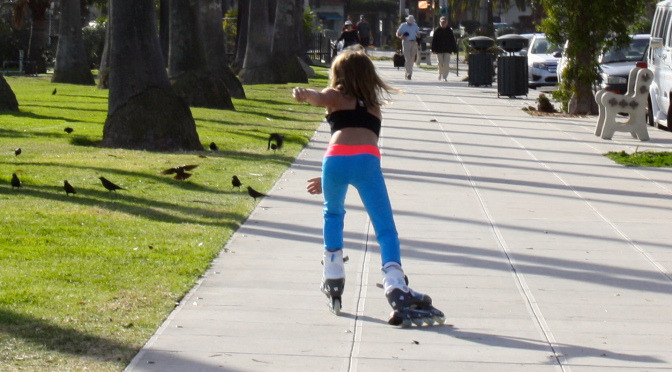