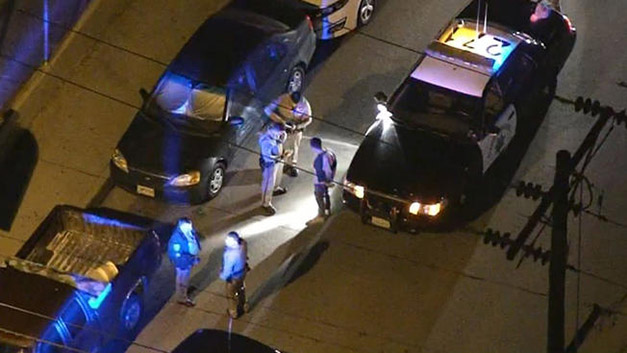 A man suspected of striking a Los Angeles County Sheriff’s deputy with his vehicle while intoxicated in East Los Angeles is in custody, the deputy is recovering after sustaining injuries in the collision Saturday evening, March 31st. the incident occurred shortly after 9:40 p.m. at the intersection of 6th Street and Ferris Avenue in an unincorporated area of Los Angeles County according to Deputy Trina Schrader of the Sheriff’s Information Bureau. According to Deputy Schrader, the deputy and his partner were conducting a traffic stop at the intersection when a passing motorist struck the rear of the deputy’s patrol cruiser. The deputies detained the suspected drunk driver until California Highway Patrol officers responded and formally arrested the suspect. The injured deputy was standing outside of his vehicle at the time of the collision and sustained minor injuries. He was transported to a nearby hospital where he was kept under observation until he was discharged early Saturday morning. No identifying information about the suspect was released, with authorities describing him only as Hispanic.