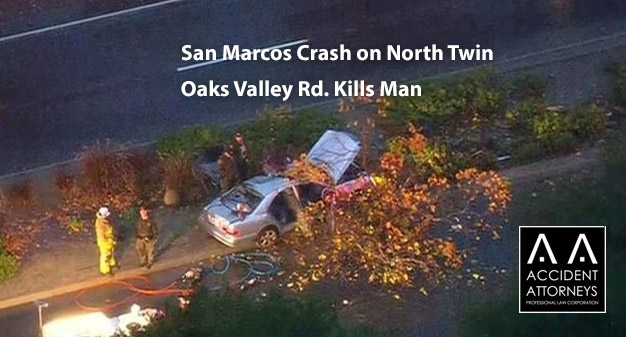 The time was a little before 6:30 a.m., Charles Morreale said. Morreale is a sergeant with the San Diego County Sheriff’s Department.

After the first collision, the Honda collided with another vehicle, described as a BMW 328i.

Responders from San Marcos Fire Department transported the man who had been driving the Honda to the hospital. He died in the hospital.

He was identified only as 59 years old. His name and city of residence have not been reported.

Neither the driver of the Toyota, nor the BMW, were hurt in the crash, reports say.

The driver of the Toyota was identified as 32 years old. His name and city of residence have not been reported.

The driver of the BMW was identified as 21 years old. Her name and city of residence have also not been reported.

Investigators are working to understand why the crash happened. If anyone has information about the incident, the person can contact the Traffic Division at the San Marcos Sheriff’s Station.

If you or a loved one has been injured in an auto collision, Accident Lawyer strongly encourages you to call our San Marcos car accident lawyers. Your experienced Car Accident Lawyer San Marcos will provide you with the best legal representation and guidance that you need. Our offices are conveniently located throughout California and we conduct regular travels in the region to meet with clients. Contact Car Accident Lawyer today.