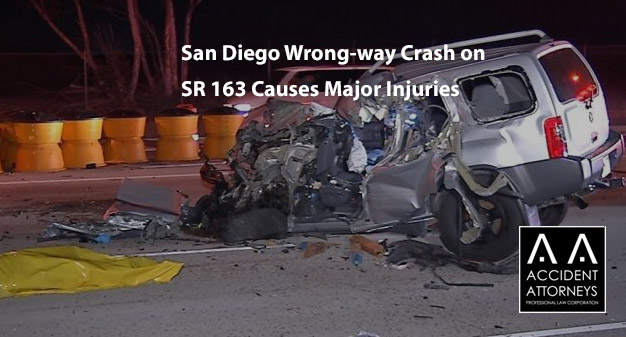 SAN DIEGO, CA (January 27, 2022) – Early in the morning on Wednesday in San Diego, a wrong-way crash caused major injuries. The January 26 crash occurred in the area of Hillcrest, on State Route 163.

The time was roughly 2:30 a.m., the California Highway Patrol said.

A vehicle–described as a GMC Sierra pickup truck–was reported to have entered State Route 163 on the southbound side from University Avenue, heading the wrong way.

The pickup truck collided with a vehicle–described as a Honda CRV–head on.

Responders transported the person who was driving the Honda to Scripps Mercy Hospital. He was reported to have suffered injuries that were described as major.

His current condition is not known. His name, age, and city of residence have not been reported.

Responders transported the person who was driving the pickup truck to the hospital. Her condition is not known, and her identity has not been reported.

Investigators are working to collect details and information about the crash.