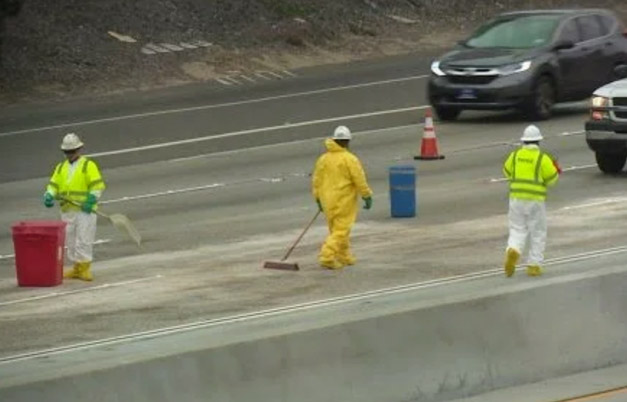 San Diego, CA (July 18, 2018) – A pedestrian was struck and killed on the Interstate 805 causing freeway closures for several houses in the Lincoln Park area of San Diego early Wednesday morning, July 18th. According to the California Highway Patrol, motorists reported a man walking on the right shoulder of the northbound lanes of I-805 near Imperial Avenue around 4:00 a.m. a short time later the man was struck by a Toyota 4-Runner near Logan Avenue. The pedestrian suffered critical injuries from the 1st crash but was hit by multiple vehicles and died at the scene before first responders arrived.

The driver of the Toyota 4-Runner was identified as a 65-year old man from Whittier. The driver remained on scene and cooperated with authorities. California Highway Patrol Officer Jake Sanchez said that they do not believe that drugs or alcohol factored into this crash. All lanes of the I-805 were closed off at imperial as well as the eastbound and westbound State Route 54 connectors to the freeway at around 4:30 a.m. as detectives conducted their investigation. 2 right lanes reopened just after 6:40 a.m. to accommodate the morning commuters but traffic remained backed up for many miles. All lanes were promptly reopened at 7:50 a.m. Any drivers who believe they may have been involved in the crash is urged to call the California Highway Patrol San Diego Division at (619) 220-5492.