Bakersfield Woman Struck and Killed in Crash on Norris Road 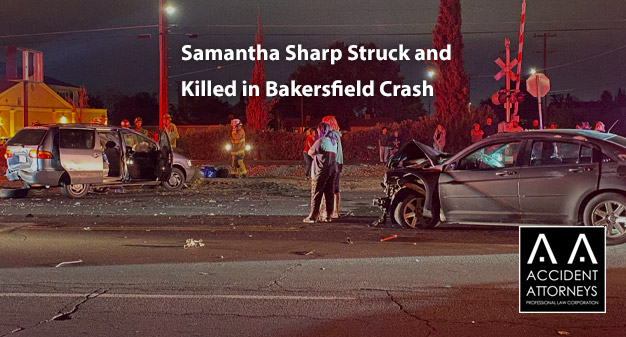 BAKERSFIELD, CA (October 27, 2021) – On Friday in Bakersfield, a series of crashes killed a pedestrian. The October 22 crashes occurred on Norris Road at California Street.

According to the California Highway Patrol, a vehicle–described as a Chrysler–had been westbound on Norris Street. At the intersection with California Street, the Chrysler began to turn to the left.

Another vehicle–described as a Toyota–had been eastbound on Norris Street. As the Chrysler turned, the Chrysler and Toyota collided.

Not long after the first crash, a vehicle–described as an Acura–came upon the two crashed vehicles. Reports say the Acura’s driver tried to miss hitting the crashed vehicles, but ended up driving through the crash scene.

Responders arrived and found the pedestrian died at the crash site. She was identified by the coroner as Samantha Sharp, 37 years old.

The driver of the Acura has not been identified in reports.

The drivers of the two vehicles involved in the initial crash have also not been identified. Minor injuries were reported in the first crash, but it is not known who was hurt.

Investigators are continuing their work on the two crashes.