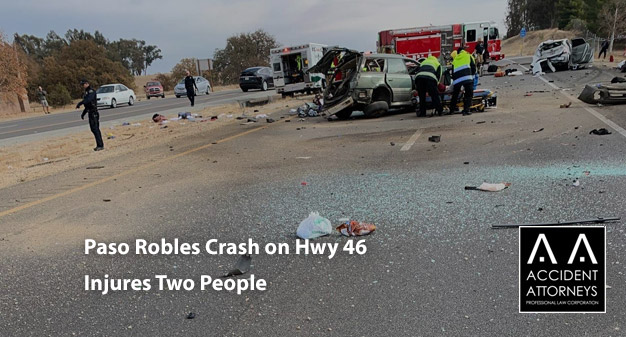 The time was roughly 9:30 a.m., the California Highway Patrol said.

According to authorities, a Honda made a left turn to Highway 46 west. The Honda collided with a vehicle–described as an Audi–that had been traveling east on the roadway.

The broadside collision occurred to the Honda’s driver side.

Responders transported two occupants of the Honda to a hospital in the area. They suffered injuries that were described as major.

They were identified only as residents of Santa Cruz in their seventies. Their names have not been reported.

Responders also transported the person who had been driving the Audi to the hospital. The types of injuries the patient suffered, and current condition, are not known.

The person has not been identified.

Investigators are working to gather information and details about the crash.

If you or a loved one has been injured in an auto collision, Accident Lawyer strongly encourages you to call our Paso Robles car accident lawyers. Your experienced Car Accident Lawyer Paso Robles will provide you with the best legal representation and guidance that you need. Our offices are conveniently located throughout California and we conduct regular travels in the region to meet with clients. Contact Car Accident Lawyer today.