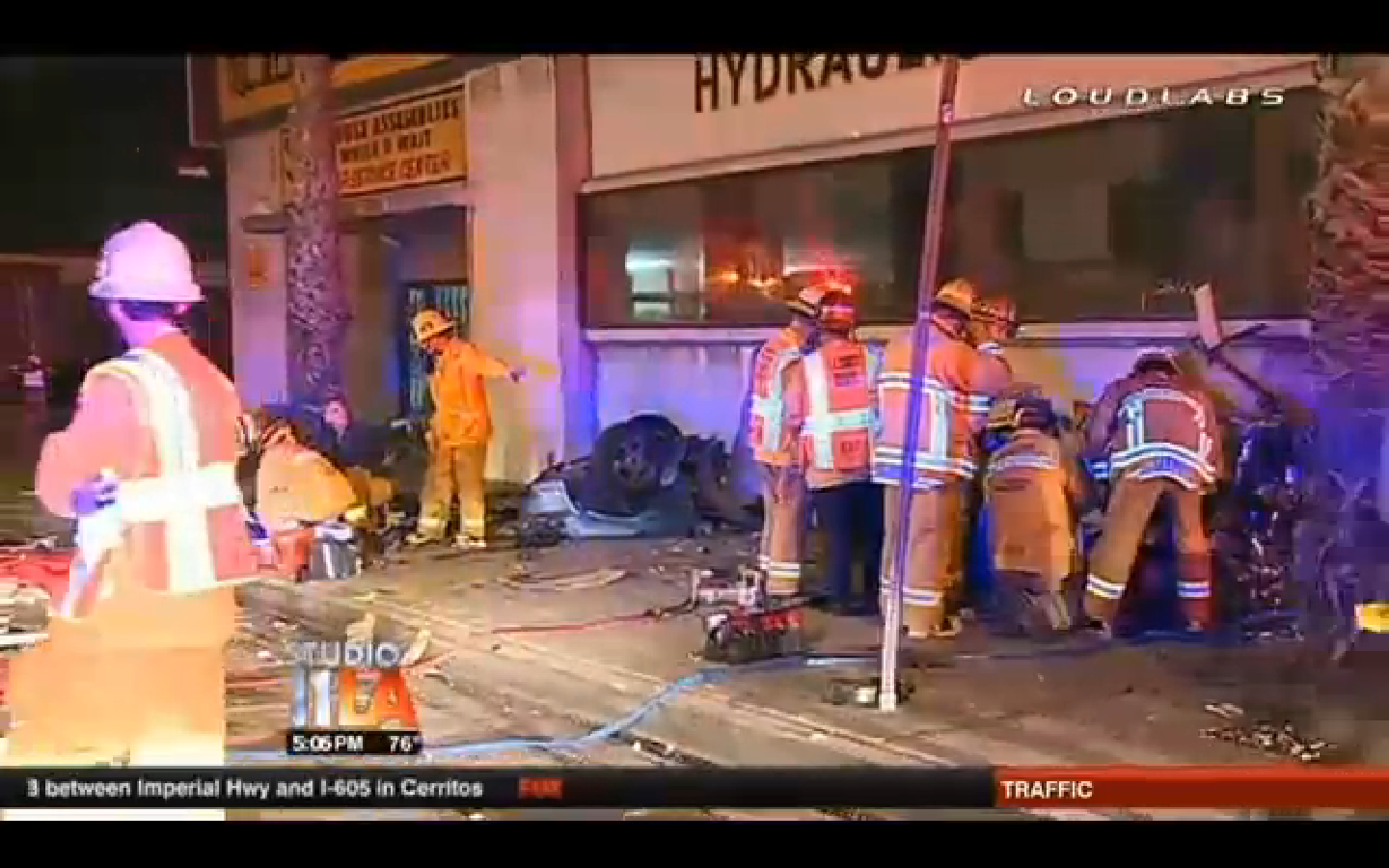 A 19-year-old man was killed Thursday when he was ejected from a blue Acura Integra in what is believed to have been caused by street racing. The crash happened in Commerce in the 5500 block of East Washington Boulevard around 10:40 p.m. when the car struck a palm tree and was ripped in two.

Two other men who were in the vehicle were hospitalized with serious injuries, according to authorities.

“It was a street racing incident,” said sheriff’s Lt. Paul Hardy in an interview with My Fox LA. . “It’s pretty catastrophic.”

Witnesses at the scene said the vehicles were racing at 90 miles per hour when the crash occurred. The second vehicle in the race left the scene.

Firefighters had to use the Jaws of Life to extract two other men from the vehicle who were left in the car. The two men’s identities and their current condition are not currently known.

Garcia, of Maywood, was ejected from the car and died a few hours later at a hospital.

Detectives are asking witnesses to come forward if they have information and are hoping security camera footage and witness account that they can identify the other vehicle involved in the race.