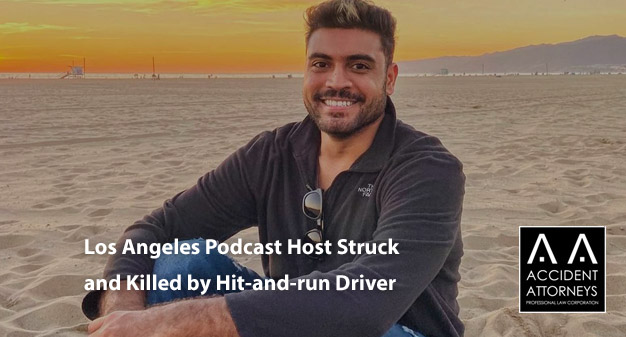 LOS ANGELES, CA (July 19, 2021) – Mathew George, a popular co-host of “She Rates Dogs Podcast,” was struck and killed by a hit-and-run driver in Los Angeles on Saturday. The July 17 crash occurred in Beverly Grove, on Croft Avenue.

Reports say George was walking in a crosswalk that was not marked on Croft Avenue. A vehicle–described as a BMW, white in color–which had been traveling on Beverly Boulevard and heading south, struck him.

The driver did not stop to help the victim, but left the scene.

Responders from the Los Angeles Fire Department arrived to help, but the victim was pronounced deceased at the crash site. He was later identified by the Los Angeles County Coroner’s Office as Mathew George, 26 years old.

Investigators are searching for the suspect driver, who has not been described, and the vehicle involved in the crash.

If anyone has information about the incident, the person can call detectives at the West Traffic Division of the LAPD. The number is 213-473-0234.