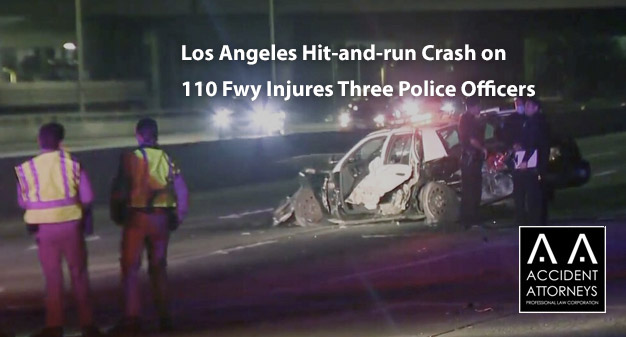 The patrol vehicle was traveling on the southbound side of the freeway, reports say, when the crash occurred. Details regarding the crash are not yet known from reports.

Responders arrived and transported the three injured police officers to LAC+USC Medical Center for treatment. The officers who were injured have not been identified, other than they were assigned to the Harbor division of the police department.

The person who is suspected of being the driver in the hit-and-run crash was later located and taken into custody, reports say. Two people who had been traveling as passengers with the suspect driver were also detained, according to authorities.

Neither the suspect driver, nor the passengers, has been identified in reports.

Investigators are continuing their work into the crash.