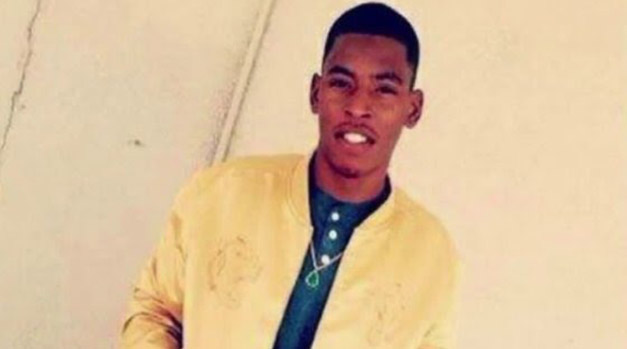 Lancaster, CA (August 4, 2018) – Family and friends gathered together just hours after a 22-year old man was struck and killed by a hit-and-run driver in Lancaster Saturday evening, August 4th. The incident began sometime around 1:00 a.m. on Lancaster Boulevard and Elm Avenue as 22-year old Rodney Richards was standing on the corner of the street talking to the driver of a black sedan that was parked on the curb. According to authorities, Richards appeared intoxicated on closed circuit cameras in the area and was kicked out of a local business in the area just before the incident.

As Richards was about to cross the street he stopped in the middle of the road and extended his arms right before a white pickup truck going in excess of the 15 mph speed limit and slammed into Richards. Witnesses said that the driver stopped for a brief moment before fleeing the scene traveling towards Sierra Highway.

First responders arrived and began administering CPR to Richards. He was subsequently transported by ambulance to a nearby hospital where he was pronounced dead by medical staff shortly after arriving. Later Saturday evening family and friends gathered together for a candlelight vigil where dozens of blue balloons were released into the sky. Richards, who was a graduate of Desert Sands Charter High School, was a popular student with many friends according to loved ones. When his mother heard about him being hit, she assumed he had only been injured, “I thought that she could take him to the hospital and I’d pick him up,” his mother, Michelle Burton, said. “But when we got here, come to find out he was dead.” His uncle, Eric Burton, described him as a good person and said the driver should’ve stayed and tried to help. “I think they should’ve just made sure he got home, in a cab,” Cedric Burton, his other uncle, said. The family has started a GoFundMe page to help the Richards’ family pay for funeral costs. Anyone with information can call the Sheriff’s Department’s Lancaster station at 661-948-8466. Those who wish to remain anonymous can contact Crime Stoppers by calling 800-222-TIPS (8477), using the mobile app “P3 Tips” or visiting lacrimestoppers.org.