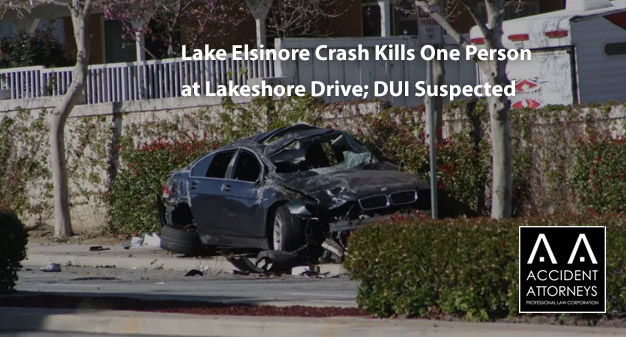 LAKE ELSINORE, CA (August 18, 2022) – Late at night on Saturday in Lake Elsinore, a two-car crash killed a person, with DUI suspected as a factor. The August 13 crash occurred where Lakeshore Drive and Lake Street intersect.

The time was roughly 10:30 p.m., according to Brad Foster. Foster is a sergeant with the Riverside County Sheriff’s Department.

A driver–who was later identified as Margarita Rosales, a resident of Santa Ana, 31 years old–is alleged to have driven through the intersection and collided with a vehicle.

Rosales is suspected of fleeing the crash site, and abandoning the vehicle she had been driving.

Responders pronounced one person who had been in the other vehicle deceased at the crash site.

The victim’s identity has not been reported.

Responders transported two other people who had been traveling in the vehicle with the person who was killed to Inland Valley Medical Center located in Wildomar.

One of the patients suffered injuries that were described as serious.

The other patient suffered injuries that were described as minor.

Neither person has been identified in reports.