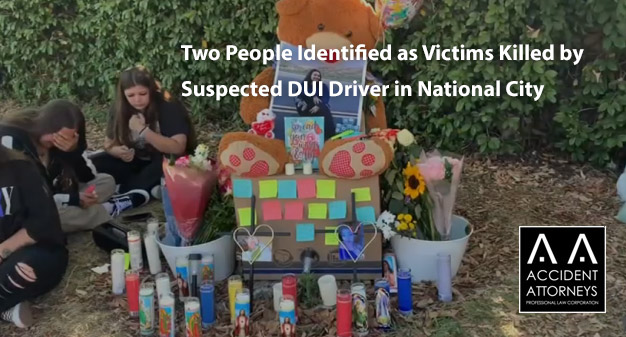 NATIONAL CITY, CA (June 24, 2022) – A teenaged girl and a man who were struck and killed Wednesday night in National City were identified as Jessica Talamante and Brian McKee. Authorities suspect the driver was DUI when the crash occurred on June 22.

Reports say that according to Kristen White–who is the mother and girlfriend of the two victims–Jessica Talamante and Brian McKee were walking home from a store close by.

A driver struck and killed them on East Plaza Boulevard as they were walking across the street, according to police.

The driver, who was arrested by authorities on suspicion of DUI and vehicular manslaughter, was identified as Tayishe Baltys, 43 years old.

Investigators are continuing to work on the crash details and collecting information.