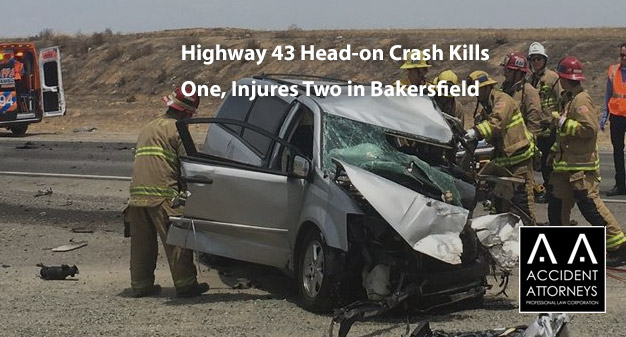 BAKERSFIELD, CA (August 13, 2021) – Early in the morning on Tuesday in Bakersfield, a head-on crash killed one person and injured two others. The August 10 crash occurred on Highway 43, in an area near Munzer Road and to the south of it.

The time was roughly 5:05 a.m., the California Highway Patrol said.

The two vehicles crashed head on.

A passenger who had been traveling in the southbound vehicle was killed in the crash. She was identified as a resident of Shafter, 48 years old. Her name has not been reported.

Responders transported the driver of the southbound vehicle to Kern Medical. She suffered injuries that were described as minor.

She was later identified as Maria Mondragon, a resident of Shafter.

The person who had been driving the northbound vehicle was identified as Juvencio Palma, a resident of Taft. He was reported to have suffered injuries that were described as minor.