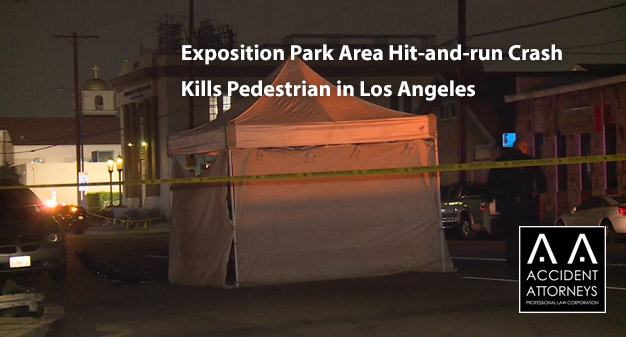 LOS ANGELES, CA (April 11, 2022) – Early in the morning on Sunday in Los Angeles, a pedestrian died after two vehicles struck him. The April 10 crash occurred where West 36th Street and Normandie Avenue intersect, in the area of Exposition Park.

According to authorities, the pedestrian was walking across the roadway, and a vehicle–which has not been described–struck him. The person who was driving the vehicle fled the crash site, continuing southbound on Normandie.

A second vehicle hit the victim, and he was trapped beneath it.

Responders from the fire department worked to free the victim. He was pronounced dead at the crash site.

He was identified only as possibly in his thirties. His name and city of residence have not been reported.

Investigators are searching for the suspect hit-and-run driver, and the first vehicle that hit the pedestrian. They are collecting information and details to help with that effort.