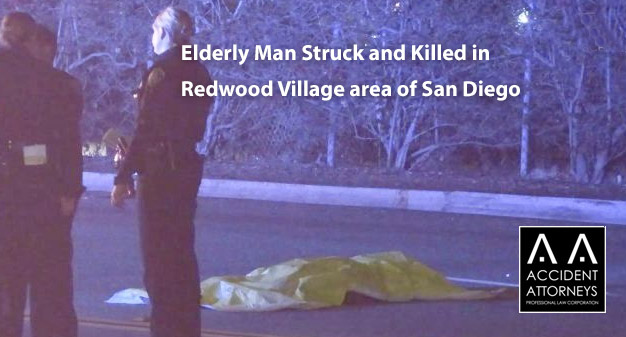 SAN DIEGO, CA (January 24, 2022) – Late at night on Saturday in San Diego, an elderly man who was reported to have been walking against the light, was struck by an SUV. The man died in the January 22 crash, which occurred in the community of Redwood Village.

The time was roughly a little after 11:00 p.m., San Diego Police said.

According to authorities, the pedestrian was crossing College Avenue where it intersects University Avenue on a red light. A vehicle–described as a Chevrolet Traverse–which had been heading south on College Avenue, struck him.

The man died; he was identified only as 88 years old. His name and city of residence have not been reported.

The driver involved in the crash has not been identified.

Investigators are working to understand the incident. If anyone has information about the crash, the person can make a call to Crime Stoppers.