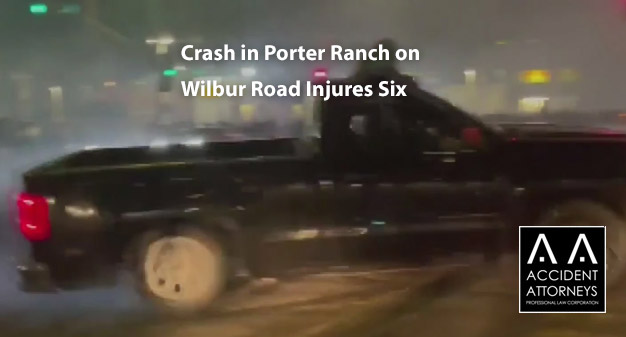 LOS ANGELES, CA (May 2, 2022) – Late in the afternoon on Sunday in the San Fernando Valley, six people were injured in a crash. The May 1 crash occurred in Los Angeles’ Porter Ranch neighborhood, on Wilbur Road in the 10700 block.

The time was roughly 5:00 p.m., according to the Los Angeles Fire Department’s spokesperson, Margaret Stewart.

No details have been reported on how the crash happened, nor the exact number of vehicles involved in the crash.

Responders arrived to help, and found six people were hurt in the collision. Four of the patients suffered injuries that were described as serious.

None of the people involved in the crash have been identified, and including their names, ages, genders, and cities of residence.

The driver of each vehicle is not known.

Investigators are working to understand why and how the crash happened, and they are in the process of collecting information.