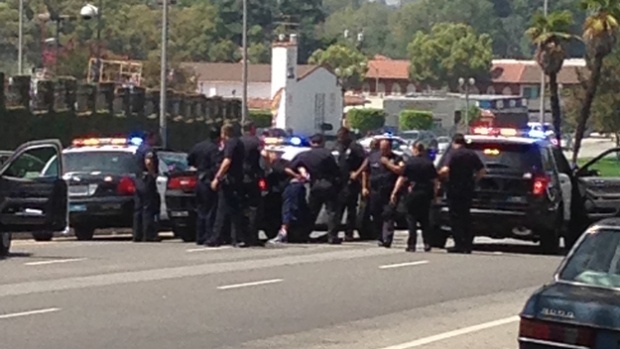 During the chase, the driver of the stolen car traveled at a high rate of speed on the 110 Freeway as well as surface streets during the chase, according to the Los Angeles Police Department’s North Division unit

The pursuit lasted nearly 40 minutes, which during that time, the stolen vehicle sustained a flat tire. The pursuit started around 10:30 a.m. at York and Figueroa in Highland Park.

He drove erratically before he was forced to stop at a center median on Huntington Drive in South Pasadena, nearly hitting a pick-up truck head on. He also ran a red light and could be seen driving on the wrong side of the road. He went through a Metrolink barrier as a train was approaching.

The suspect voluntarily exited the vehicle and surrendered to police around 11:10 a.m.

Details about why the suspect fled or is identity were not immediately known. No other details were available.