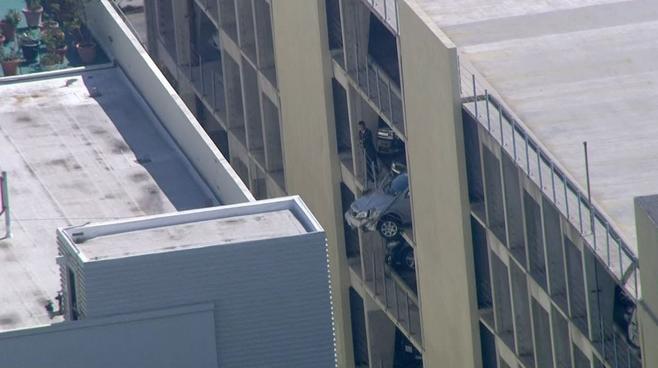 A woman was safely rescued after the front end of her car ended up dangling over the side of a parking structure floor Wednesday, according to officials.

The car, which was described as “hanging precariously,” was on the fourth floor of a parking structure that was located in the 200 block of Alvarado Street in Westlake. The event occurred just after 9:30 a.m., according to the Los Angeles Fire Department.

According to officials, the car got into its predicament when the driver hit the gas instead of the brakes, sending the car past the barrier meant to keep it from going completely over the edge.

The car was pulled back into the parking structure by 10:20 a.m. It is not clear if the woman will be facing any criminal charges.