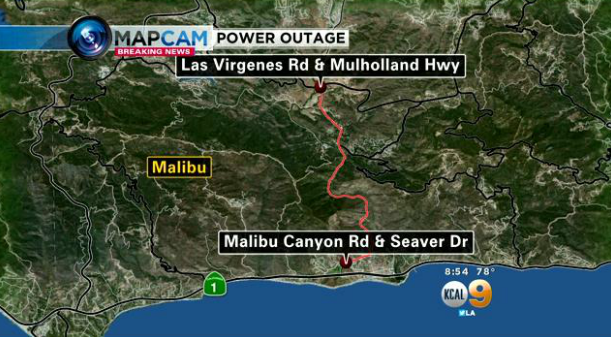 A power pole was knocked down by an alleged hit-and-run driver in Malibu on Saturday, according to authorities.

The crash occurred on Malibu Canyon Road, according to the Los Angeles Sheriff’s Department. It occurred approximately two miles north of the Pacific Coast Highway.

The vehicle struck the power pole, which caused the signal lights to go out along the Pacific Coast Highway, according to the Los Angele Sheriff’s Department. According to Southern California Edison, 3363 customers were without power.

No other information regarding the alleged hit-and-run was available. It was also not clear if charges will be file against the driver.