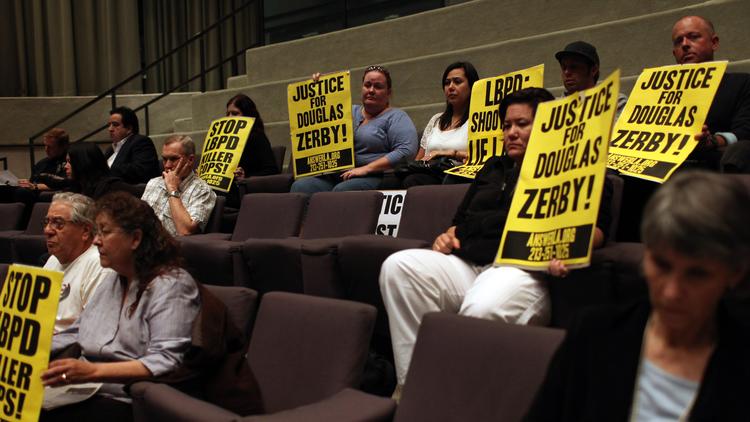 On Thursday, the California Supreme Court ruled in a 6-1 vote that police agencies must tell the public the names of officers involved in shootings.

According to the court, names can only be withheld if there is specific evidence that their safety would be imperiled. This decision will make it harder for police agencies to withhold the names of officers who are involved in on-duty shootings.

“If it is essential to protect an officer’s anonymity for safety reasons or for reasons peculiar to the officer’s duties — as, for example, in the case of an undercover officer — then the public interest in disclosure of the officer’s name may need to give way,” Justice Joyce L. Kennard wrote for the majority opinion. “That determination, however, would need to be based on a particularized showing.”

The Los Angeles Times was, in part, responsible for the case, when a reporter tried to obtain the names of Long Beach officers involved in the shooting of Douglas Zerby, 35, in 2010. The officers thought Zerby was holding a gun when it was really just a garden hose. The officers killed Zerby.

Richard Winton, a reporter for the Los Angeles Times, made a California Public Records Act request asking for the name of the officers who shot Zerby. Winton also asked for the identities of all Long Beach officers who had been involved in on-duty shootings for the previous five years.

The Long Beach Officers Association, the city of Long Beach and other California law enforcement agencies joined together and argued that revealing the names of those officers would endanger the officers and the families.