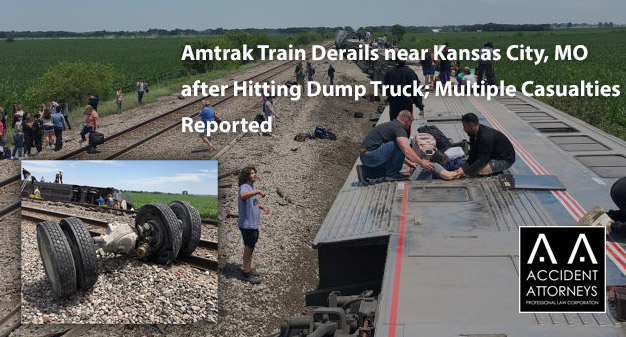 KANSAS CITY, MO (June 27, 2022) – Early in the afternoon on Monday near Kansas City, Missouri, an Amtrak train derailed after hitting a dump truck.

According to authorities, the Southwest Chief Train 4 had been en route to Chicago from Los Angeles with 243 people aboard.

In Mendon, Missouri, the train hit a dump truck that was at a crossing; the force of the collision caused the train to go off the tracks.

A number of the train’s cars landed on their sides, with passengers climbing out of the windows, reports say.

Reports say multiple casualties occurred, but at this time it is not known if anyone died in the crash.

The number of people who were injured has not been reported, nor have the types of injuries suffered.

Reports do not yet identify anyone who was injured.

This is a breaking story.