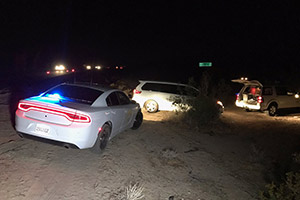 July 12th ─ a 10-year old boy has died after a rollover crash on the I-10 freeway near Chiriaco Summit early Wednesday morning. According to California Highway Patrol (CHP), dispatchers received calls just after 12:30 a.m. of a 2016 Dodge Caravan that was found rolled over in the center divider about two miles west of Summit Road in Chiriaco Summit, near Indio. 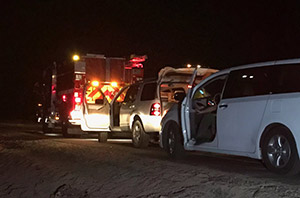 CHP officers confirm that the van was carrying 8 people, but was designed to seat only 7, of which 4 people were thrown from a Dodge Caravan. The 4 people who were ejected were not wearing seatbelts, according to authorities. 10-year old Delawrence Grant III died in the crash. Cal Fire was dispatched and air ambulances were called. The 67-year old male driver and a 44-year old female suffered serious injuries and were airlifted to area hospitals after being extricated from the Dodge Caravan. A 16-year old boy and a 9-year old boy were transported by ambulance with moderate injuries. The remaining 2 other occupants of the Dodge Caravan suffered minor injuries and were not transported to local hospitals. One eastbound lane of the I-10 was shut down due to the accident but was reopened hours later. The cause of the wreck is still under investigation, but CHP officers do not believe alcohol or drugs to be a factor in the crash.

If you or a loved one has been injured in an auto collision, AA-Accident Attorneys P.L.C. strongly encourages you to call our car accident lawyers at 1.800.260.2577 for a free consultation.

Our highly skilled and experienced attorneys will provide you with the best legal representation and guidance that you need. Our offices are conveniently located throughout California and we conduct regular travels in the region to meet with clients.