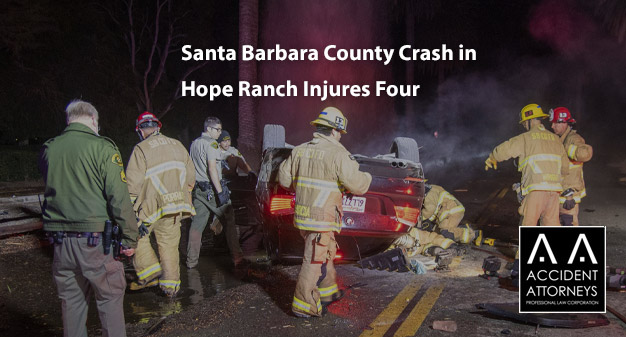 The August 21 crash occurred on Las Palmas Drive, close to where Paloma Drive is located.

A vehicle–described as a BMW sedan–overturned, for reasons that are not known, struck a fence and a sheered off a fire hydrant. Water gushed skyward from the broken hydrant.

Responders worked to free the four occupants from the wreckage of the vehicle. They transported the patients to Santa Barbara Cottage Hospital for treatment.

Two people suffered injuries that were described as critical.

One person suffered injuries that were described as moderate.

One person suffered injuries that were described as minor.

No one involved in the crash has been identified in reports.

Investigators are working to collect information to understand how and why the crash happened, and what factors may have contributed to it.