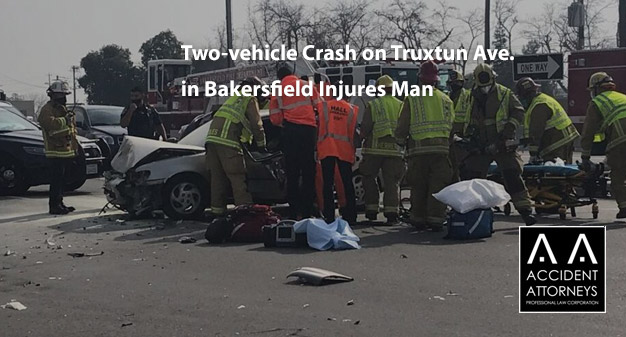 BAKERSFIELD, CA (July 13, 2021) – On Monday night in Bakersfield, two vehicles collided, and one man was thrown out of the vehicle he was traveling in. The July 12 crash occurred on Truxtun Avenue, close to Westside Parkway.

No details have been reported on how the crash occurred, and what line of travel each vehicle had been taking prior to colliding. The vehicles have not been described.

Responders transported the man who was thrown from a vehicle to the hospital. The injuries he suffered were described as moderate.

A woman involved in the collision suffered injuries that were described as minor. Her identity has also not been reported.

It is not known from reports if the two people who were injured were traveling in different vehicles, or the same vehicle.

The driver of each vehicle involved in the crash has not been identified.

Investigators are continuing their work on the incident. If anyone has information about the crash, the person can contact Bakersfield Police. The number is 661-327-7111.