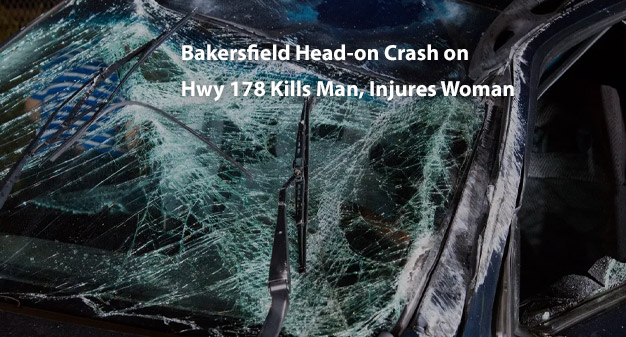 BAKERSFIELD, CA (October 14, 2021) – On Tuesday night in Bakersfield, a head-on crash killed a man and injured a woman. The October 12 crash occurred on Highway 178, near Upper Ridgebar and to the west of it.

According to the California Highway Patrol, a vehicle–described as a Ford Explorer–had been eastbound on the roadway. Another vehicle–which has not been described–had been traveling westbound.

For reasons that are not known, the westbound vehicle went onto the shoulder to the right of the road, and hit a curb. The vehicle went out of the driver’s control, and traveled over the double yellow lines in the middle of the highway.

The vehicle collided head on with the Ford Explorer.

Responders arrived and found the driver of the vehicle that has not been described died in the crash. His identity has not been reported. According to the California Highway Patrol, the man was not wearing a seatbelt at the time of the crash.

Responders transported the woman who had been driving the Ford Explorer to Kern Medical. She suffered injuries that were described as moderate.

She was identified as Barbara Chrisman, a resident of Wofford Heights, 68 years old.