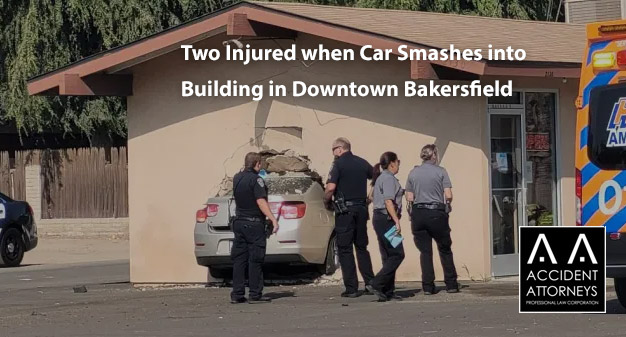 Two Injured when Car Smashes into Building in Downtown Bakersfield

BAKERSFIELD, CA (September 17, 2021) – On Monday afternoon in Bakersfield, two people were injured when a car smashed into a building in the downtown area. The September 13 crash occurred at 2130 23rd Street.

A car–which has not been described–smashed into the building, for reasons that are not known. No details have been reported on the line of travel of the vehicle before the crash occurred.

A person inside the building was injured in the crash. Reports say the person suffered injuries that were not life threatening.

The types of injuries have not been described. The identity of the person, including name, age, gender, and city of residence, has not been reported.

Responders also transported the person who was driving the vehicle. The injuries the driver suffered, and the current condition, are not known.

The identity of the driver has also not been reported.

The building owner has not been identified, and the extent of the damage to the structure is not known from reports.