Raechel and Jacueline Houck were driving to Santa Clara in a rental PT Cruiser from their mother’s home. While on Highway 101 the PT Cruiser swerved and crossed the median hitting an 18-wheeler. It burst into flame. Both sisters were killed. At one point lawyers for Enterprise, who rented the car indicated that Raechel committed suicide.

It was subsequently found that a recall had been issued on the PT Cruiser regarding the power steering.

The car had been rented out 3 times before it was rented to the sisters. No legislation was in place preventing the renting of a car that had been recalled.

The Houcks took Enterprise to court.

It was revealed that it was Enterprise’s policy to rent out cars that had been recalled.

Enterprise eventually admitted 100% of the liability.

They were ordered to pay $15 million to the Houck family.

Ms. Cally Houck did not sign a confidentiality agreement meaning she had the freedom to share the details of the case to the press and others.

The Houck Act was filed in 2011. Rental companies balked. It was filed again in 2012. Attempts stalled.

A pledge was put together asking rental car companies not to rent out or sell vehicles which had been recalled until the vehicles were fixed.

After 30 days Hertz signed the agreement. A petition was circulated which was signed by over 150,000 people..

GM signed the agreement in 2014. Honda followed closely after.

State senators moved ahead with the initiative getting the language included in the $305 billion five year highway funding bill.

An amendment was added to exempt the rental or loan of car fleets of fewer than 35 cars.

Citizens are rarely able to advocate an issue to the extent that it becomes a bill.

If you need a car accident lawyer call aa-accidentattorneys.com at 800260-2577 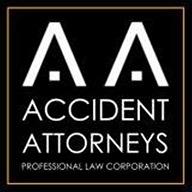