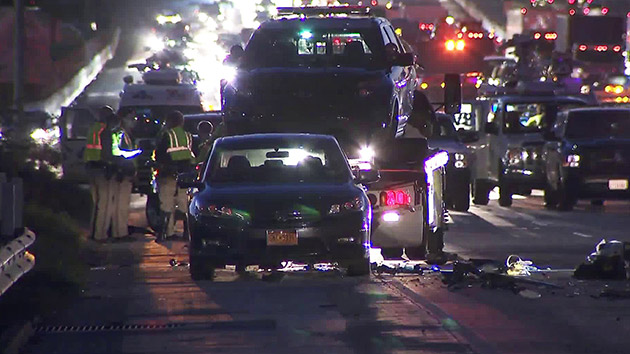 A Los Angeles Police Department officer was hospitalized with a serious leg injury after he was struck by a suspected DUI driver while conducting a traffic stop on the 405 Freeway in the West Los Angeles area late Monday evening, Dec. 11th. According to the California Highway Patrol’s traffic incident log, the officer involved in the accident had pulled over a speeding driver just south of the Santa Monica Boulevard exit of the northbound 405 Freeway around 11:50 p.m. The officer was outside of his car when the DUI driver struck the officer’s cruiser, which pinned the officer between his cruiser and the vehicle he initially had stopped. The officer was rushed by ambulance to a nearby hospital where he suffered a serious leg injury but was expected to survive. The driver that struck the officer was taken into custody after the crash and arrested for felony DUI charges and it is unclear is more charges are pending. A passenger in the DUI vehicle was also taken to the hospital with minor injuries. The collision caused a complete shutdown of all northbound lanes of the 405 Freeway until about 5:30 a.m. when the carpool and the 1st lanes were opened. A 2nd car crash temporarily closed all lanes of the southbound 405 Freeway. Police speculated that the crash was caused by rubbernecking.