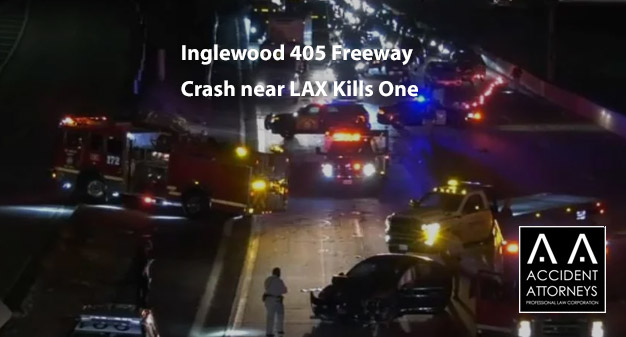 LOS ANGELES, CA (May 23, 2022) – Early in the morning on Friday in Inglewood near LAX, a crash on the 405 Freeway killed a person. The May 20 crash occurred close to the the exit for Century Boulevard, on the northbound side of the freeway.

No details have been reported on how the crash happened. Reports only say two vehicles–which have not been described–were involved.

One of the vehicles overturned, and came to a stop upside down.

One person was killed in the crash. The identity of the person, including name, age, gender, and city of residence, has not been reported.

No one involved in the crash has been identified, and the exact number of people involved is also not known.

Reports do not say if any other injuries occurred.