Six Big Rigs and a Car Crash on I-80 near California-Nevada Border, Causing Injuries 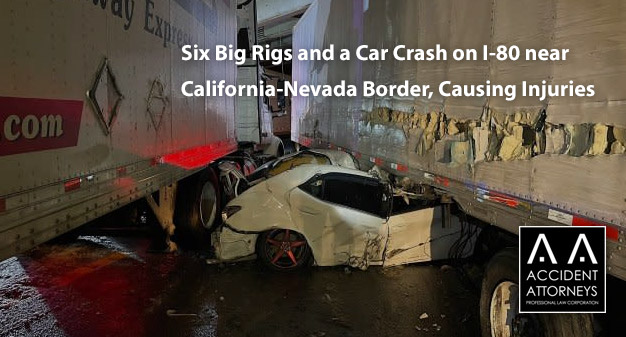 TRUCKEE, CA (November 4, 2022) – Early in the morning on Wednesday near the California-Nevada border, a crash on I-80 involving six big rigs and a car caused injuries. The November 2 crash occurred near Truckee, California and Verdi, Nevada, in an area of the roadway near Gold Ranch Road. The time was roughly 5:30 […] 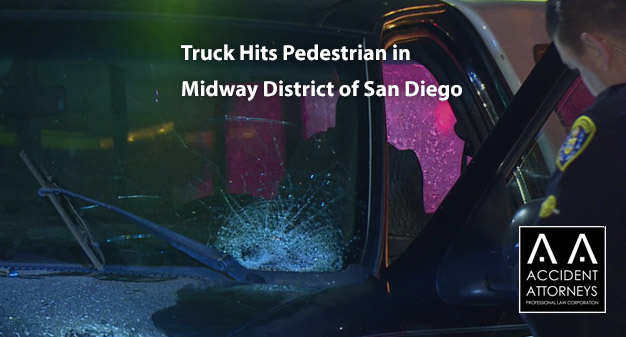 SAN DIEGO, CA (May 26, 2022) – Early on Thursday in San Diego, a crash in the Midway District injured a pedestrian. The May 26 crash occurred where Hancock Street and Camino Del Rio West intersect. According to authorities, a pedestrian was walking in the intersection. A pickup truck–described as a Ford F150–which had been […]

Truck Swerves Off I-8, Smashes into Home in El Cajon; Two Injured 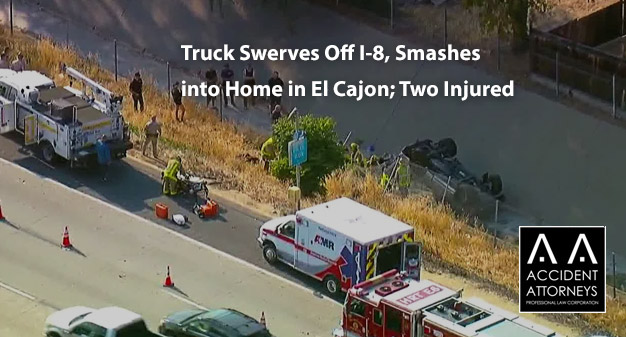