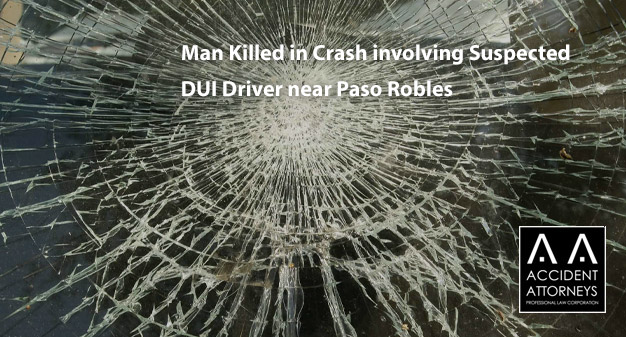 PASO ROBLES, CA (August 5, 2021) – Alejandro Angeles-Pacheco was killed in a crash on Saturday night involving a driver suspected of DUI. The July 31 crash occurred on Highway 46, to the west of Davis Road, near the Cholame “Y”.

The time was roughly 11:50 p.m., the California Highway Patrol said.

The driver of the Chevrolet was killed in the crash. He was later identified as Angeles-Pacheco, a resident of Santa Maria, 41 years old.

Two passengers in the Chevrolet were injured in the crash. They were identified only as two females. Their names, ages, and cities of residence have not been reported.

Authorities arrested the person who was driving the Dodge on suspicion of DUI. He was identified as Adan Reyes, a resident of Paso Robles, 34 years old.

If you or a loved one has been injured in an auto collision, the AA Accident Attorneys strongly encourage you to call our Paso Robles car accident lawyers. Your experienced Car Accident Lawyer Paso Robles will provide you with the best legal representation and guidance that you need. Our offices are conveniently located throughout California and we conduct regular travels in the region to meet with clients. Contact Car Accident Lawyer today.